The dog that never needed a master 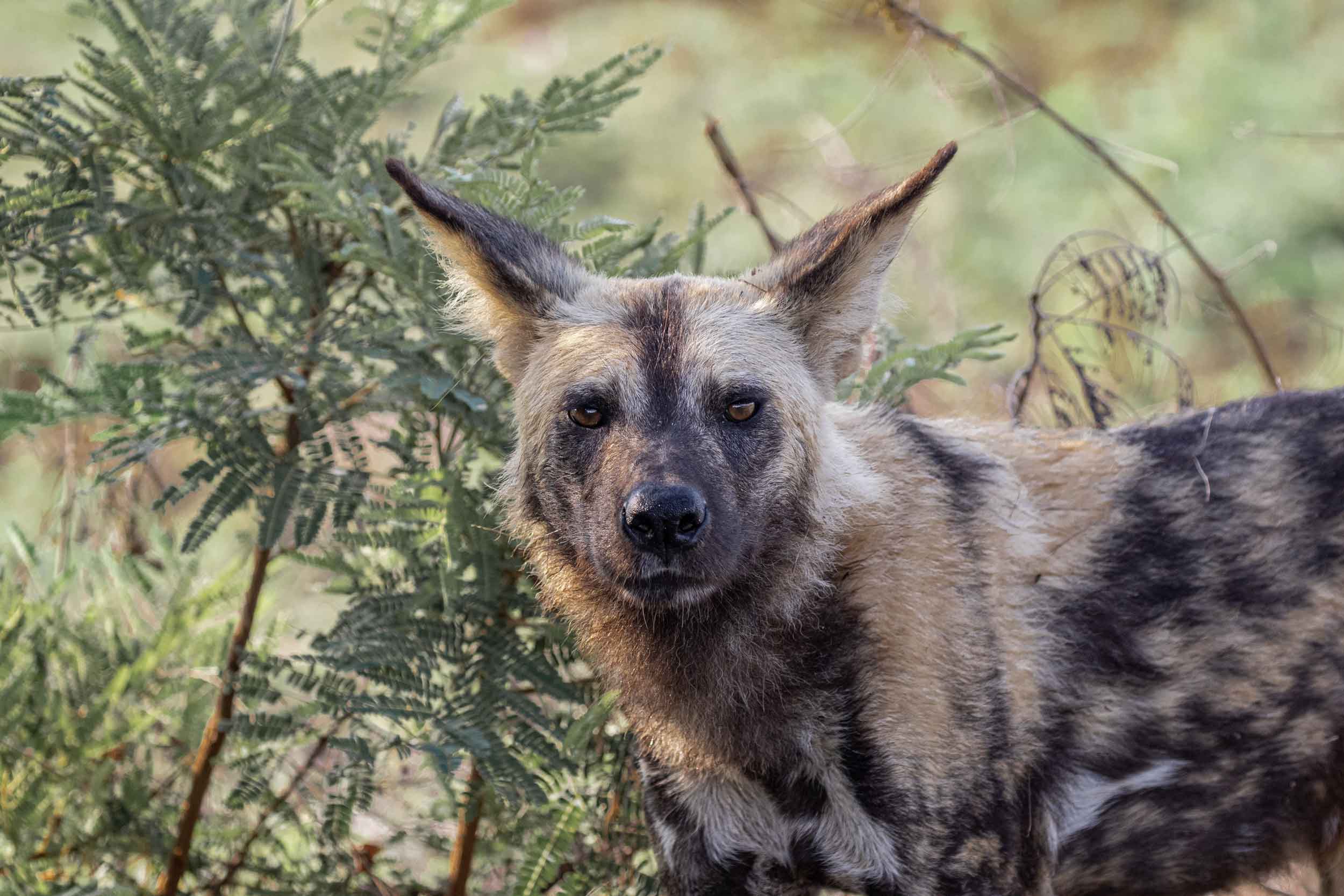 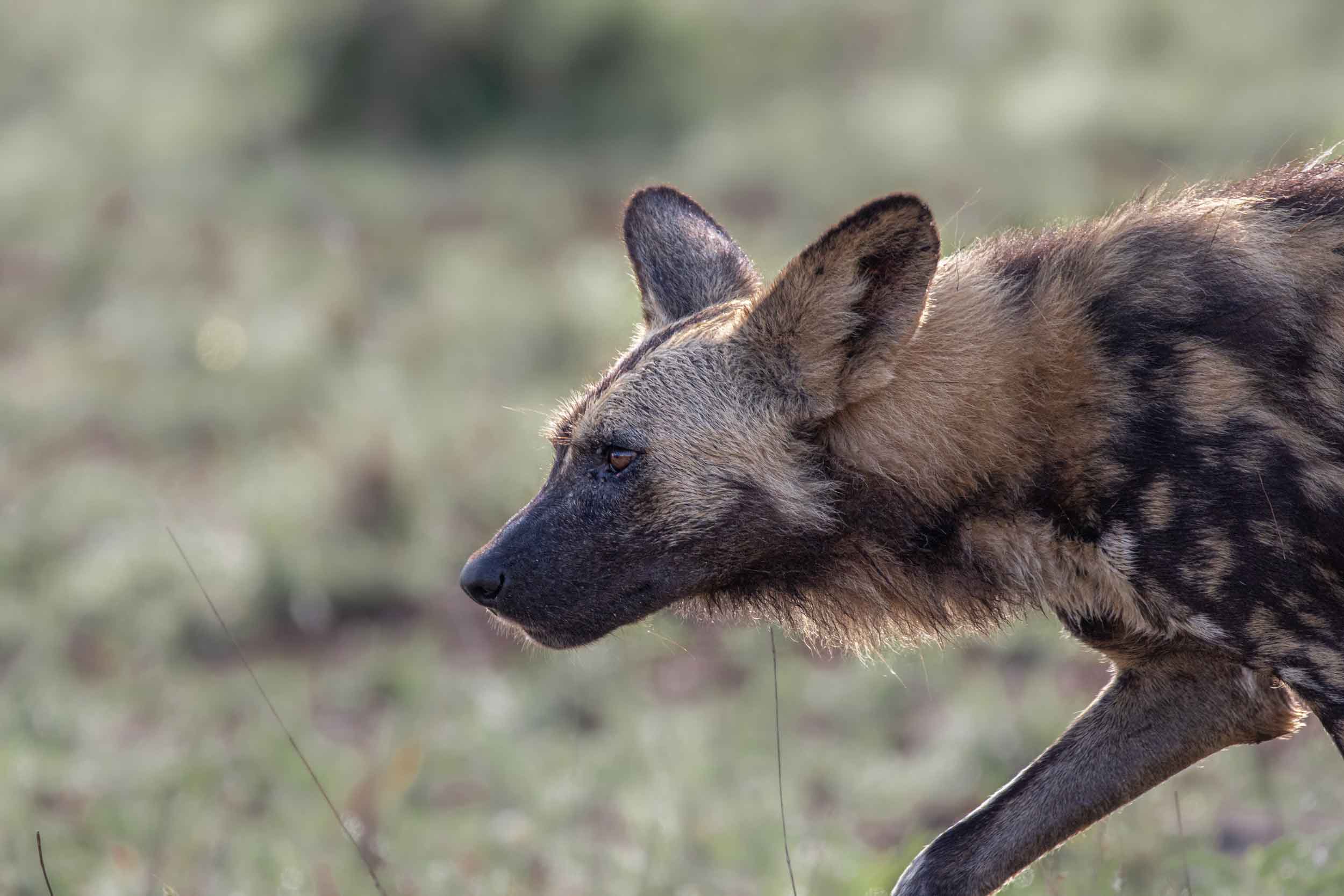 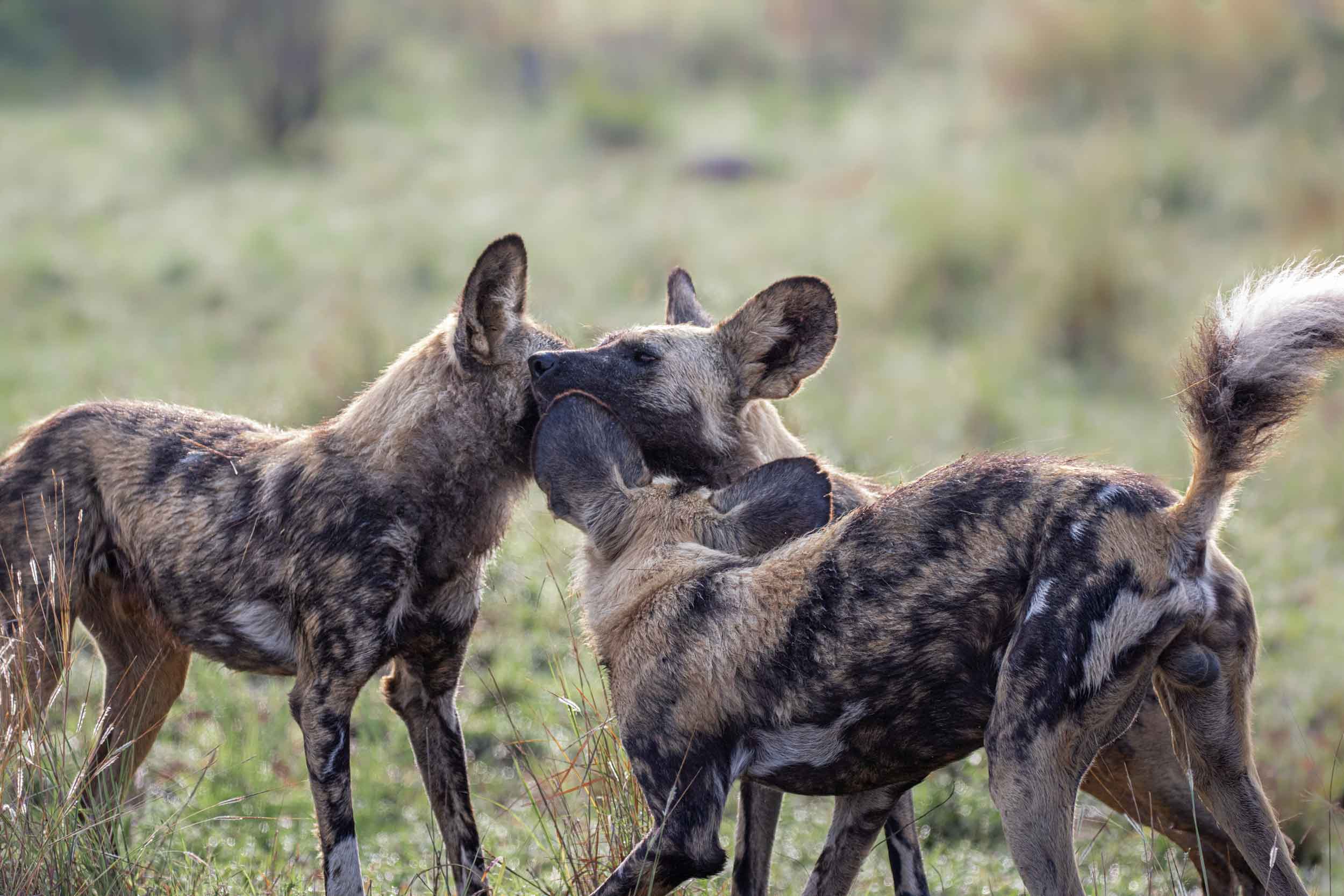 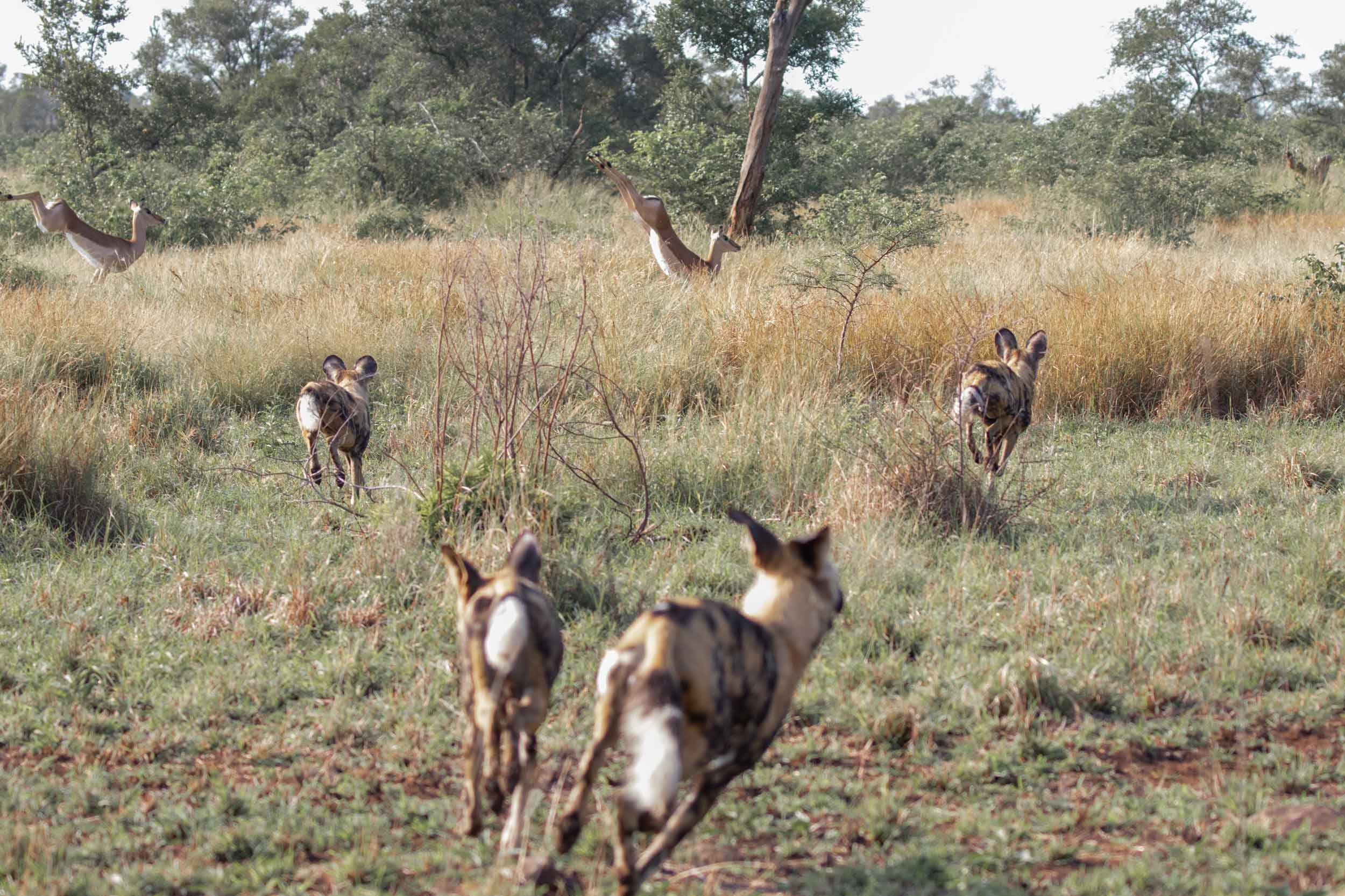 Wild dog are one the most iconic animals within the African landscape, and have long been admired for their breathtaking beauty and loyal comradery. With their playful yipping and eerie whooping contact calls, they always make for a special and exciting sighting.
Even though they are one of South Africa's smaller predators, wild dog boast an incredible hunting success rate of over 80%! This is due to their unique hunting strategies and excellent pack coordination. Rather than relying on ambushing their prey, like many of our cat species do, they make their presence known from the offset. In doing so, they startle their prey into showing weakness, allowing them to quickly identify the ideal target from within a herd.

Wild dog have phenomenal stamina and can run at speeds of up to 60km per hour for extended periods of time, allowing them to run down and exhaust their prey.

As the chase begins, one individual will lead the pack whilst the rest fan out behind. This ensures the prey remains in sight as it ducks through the bush, trying to evade its pursuers.
The most astonishing of the wild dog's hunting strategies is, however, that the lead dog is not set in stone. If the prey wanders closer to another dog, it will take up mantle of the lead. This means that no one dog is over-exerted, and ensures that the prey will tire before the pack. Even during feeding the comradery  is clear, as all members of the pack will be allowed a turn and even missing members are called to the kill with characteristic whoops!

Despite being nomadic in nature, wild dog will usually settle into a den (often a dis-used aardvark burrow) between May and August. This is because they are raising a beautiful litter of pups! Although only the alpha male and female will breed, the rest of the pack will gladly take care of the young, grooming and feeding them. This is known as cooperative breeding and ensures the best chance of survival for the pups.

However, these wonderful creatures have seen a dramatic decrease in numbers, having disappeared form 25 of the 39 countries they were historically found in. Habitat destruction has played a major part in this by preventing their nomadic lifestyle and they now stand amongst Africa's most endangered carnivores, second only to the Ethiopian wolf. Nevertheless, that is not to say they are doomed! Through continuing education and conservation projects, their populations are slowly beginning to stabilise, giving hope to future generations who will also marvel at their beauty.